The Executive Governor of Oyo State Governor, ’Seyi Makinde, on Tuesday, said that his administration will continue to invest in agribusiness development in Oyo State, with a view to expanding the economy of the state, also the governor assured investors of a favourable taxation policy, as there will be no multiple taxation or tax increment in the foreseeable future.

The Governor, made the declaration while speaking at the Oyo State 2021 Agribusiness Summit, held at the International Institute for Tropical Agriculture (IITA), Ibadan while making a presentation titled “Re-engineering Agribusiness Development in Oyo State,” at the Oyo Agribusiness Summit 2021, Makinde enumerated the agribusiness investment potentials of Oyo State to the world, saying that his administration was already in partnership with the government of France and IITA, among others.

According to a statement by the Chief Press Secretary to the governor, Mr. Taiwo Adisa, quoted Governor Makinde as saying that the summit is to showcase the investment potential of Oyo State, adding that it would also enable the state come up with more ways to create incentives to local and international partners.

The Governor informed the participants that his administration has embarked on a massive infrastructure development that targets agriculture and agribusiness development. 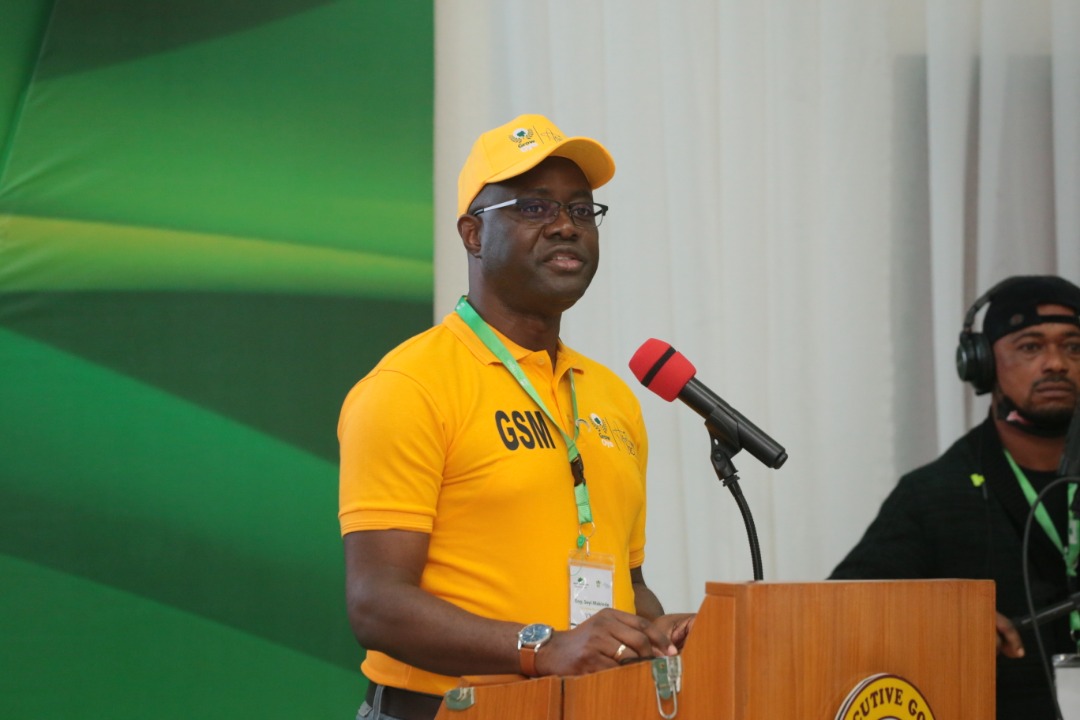 He said: “We developed the Oyo State roadmap to accelerated development 2019-2023 and we sold it to the people of Oyo State. The understanding of that roadmap essentially informed our decision to make agriculture one of the main drivers of the Oyo State economy between 2019 and 2023.“So, how should this information affect your investment decision? Well, in clear terms, our administration did not stumble on the decision of re-engineering agribusiness development in Oyo State and transforming the state from a sleepy agrarian community into a thriving agribusiness hub.“Our efforts are a result of careful planning and strategic thinking and this is why we offer unbeatable incentives to investing agribusiness in Oyo State.“First, we created the Oyo State Agribusiness Development Agency (OYSADA).

This is to serve as the vehicle for driving agribusiness development. This has eliminated the administrative bottlenecks that prevent private investors from communicating directly with public officeholders.

One of the strongest factors that support large-scale agribusiness production is the availability of arable land. Over 60 per cent of Oyo State, 28,500 square metres of land are suitable for agriculture.“When we came in, we went for a brainstorming session at the Republic of Benin.

We brought in agric experts all over and then the permanent secretary, Ministry of Agric then (this was barely three to four months into office). He said that Oyo State is the largest producer of Cassava in Nigeria. And when I asked if it was a deliberate engagement, the response was more of, ‘the farmers were just planting. But now, we are moving towards deliberate efforts, deliberate policies to stimulate agribusiness in Oyo State. And, additionally, we have abundant freshwater sources and about three thousand hectares of artificial lakes giving us a competitive advantage in fish farming.”Speaking further, the Governor highlights the competitive advantages of the state in the area of agribusiness as including the centralized position of Oyo State in the agribusiness corridor of Nigeria and especially the South-West.He added : “If your logistic involves Air travel, we also have that covered.

Work is on-going to upgrade Ibadan Airport to international and Cargo Airport status.”“For example, within our first two years in office, we reconstructed the Moniya-Ijaye-Iseyin road, a 65-kilometer road, which links our food basket, Oke-Ogun and the state capital.

We used to travel on that road and spend a minimum of three hours. But now, it takes 40 minutes.“Also, we have started reconstructing the 34.85 kilometre Oyo-Iseyin road, which provides a critical economic link to the Fasola Agribusiness Industrial hub.

It also leads to the dual carriageway connecting Ibadan-Lagos, Ibadan-Ilorin and also the northern part of the country. The work is even about 20 per cent done. What you saw that cut down the travel time to just about 20 minutes is just the grading of the road. Now, they are going to put asphalt to make it be like Moniya to Iseyin road.“Let me also mention that we have re-awarded the 110km Ibadan Circular Road, which will ease some activities to the South-West economic hub. Once you get on that road, it takes you a fraction of the time that you need now to go towards Ife, Lagos, or even the Airport.“When you invest in agribusiness in this state, you are assured of a well-trained workforce. 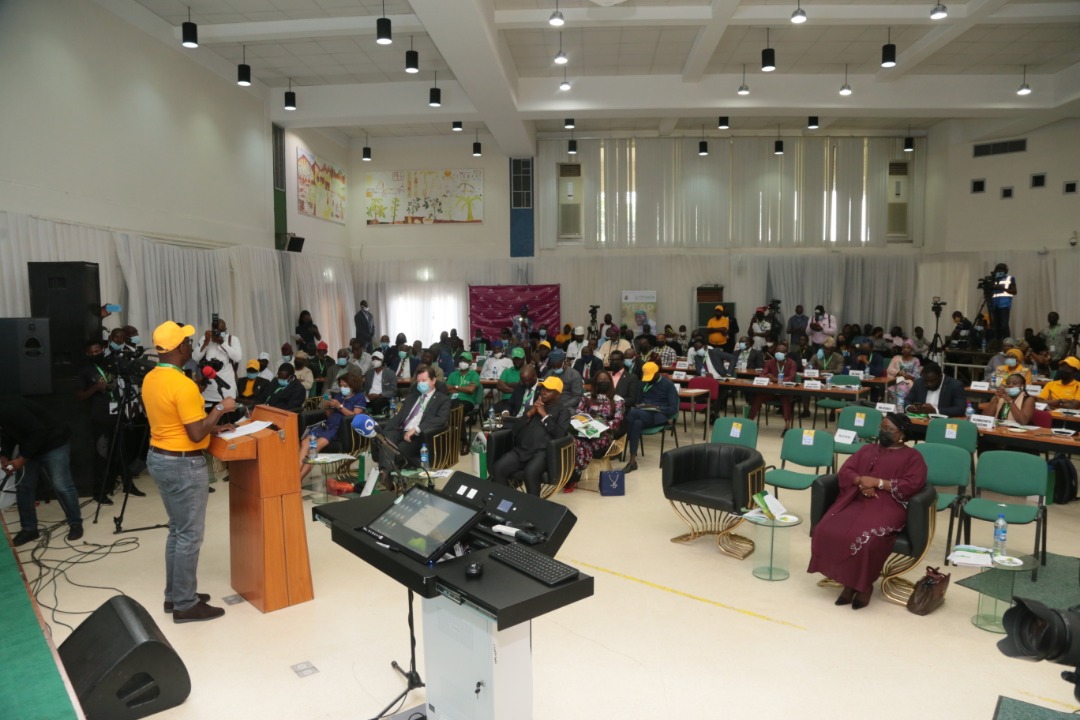 We have taken a systematic approach to manpower development. Again, the DG of IITA just spoke about the STEP programme, which we are running in partnership with them.“So, students are introduced very early to various parts of the agricultural value-chain from secondary school.“We also have the Youth Entrepreneurship in Agribusiness Project YEAP, which provides enterprise training for the youths in the state. Presently, we have exposed over 1,800 youths to a technology-based agriculture system. We plan to complete the training of the earmarked 10,000 beneficiaries by the end of 2022.“To this end, we are also in partnership with IITA. We are running a complete rehabilitation of Oyo State IITA youth agribusiness incubation park at Awe. So, if you are worried about human resources, we have a well-trained workforce ready to be engaged.“If you are also thinking in terms of out-growers schemes, we have a database of about 20,000 teachable smallholder farmers, who are ready for a mutually beneficial partnership.

With this, you don’t need to leave Oyo State for your research and development,” the governor added. The governor explained that some of the incentives available to agribusiness investors include the availability of arable lands in the agribusiness industrial hubs, which will be run by private partners, saying once any investor meets the criteria, he/she will get the allocation and start the business. He stated that these agribusiness industrial hubs were the hitherto moribund Farm Estates, noting that the state has begun working on Fasola, Akufo and Eruwa, three of the 9 such farms settlements, to show the new direction and that works at the Fasola agribusiness industrial hub, which serves as the pilot, is already about 50 per cent complete.

When completed, the governor stated that the Fasola Agribusiness Hub will have a leisure centre, scenic golf course, emergency fire service, health facilities, luxury apartments interlinked with 24 hours power supply and maximum security and that the hub will provide opportunities for investment with dedicated crop production areas, livestock ranching facilities, production and processing facilities and equipment facilities. He added that a recent trip to France has also culminated in efforts to have the French government turn Akufo Agribusiness Hub into a farmers’ market when it is completed.