The Chief Press Secretary to Governor Seyi Makinde of Oyo State, Mr Taiwo Adisa, has revealed that the advertisement currently going viral, linking his boss to 2023 presidential ambition is fake and misleading.

Mr Adisa on Monday 13th of September, described the advertisement as one of the antics of fake news promoters and urged members of the public to ignore it.

He then added that the advert which had the picture of Governor Seyi Makinde and the Nigerian flag, as well as the picture of his CPS, should be disregarded. 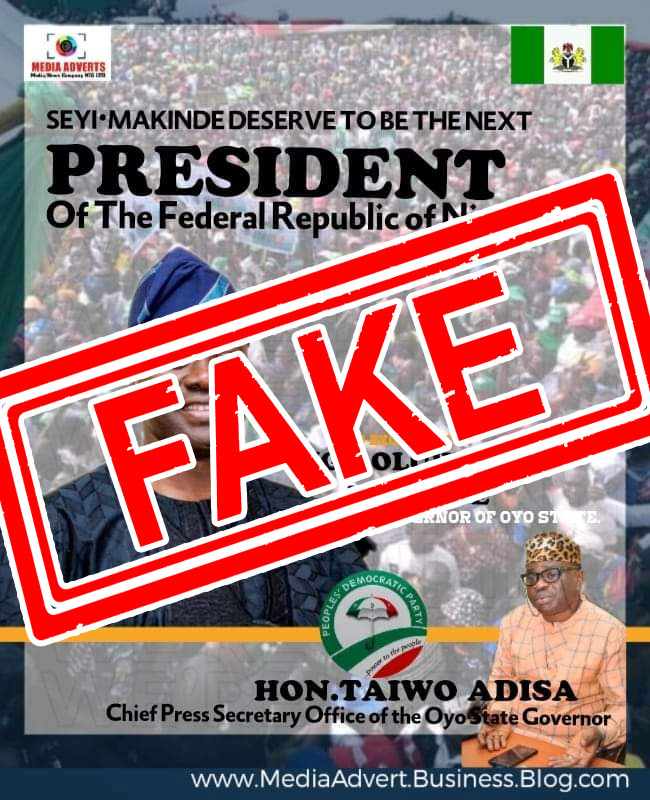 “Let it be stated clearly, however, that Governor Makinde has no hand in any such campaign for the presidency, as he has always stated that tomorrow only belongs to God.

“It is unthinkable that the Governor, who has cautioned supporters against mounting a second-term campaign for him, would launch a 2023 presidential campaign at this period.

“For the avoidance of doubt, Governor Makinde will not change his belief that power belongs to Almighty God and that only God knows the direction He is taking every of his creation.

“Therefore, we urge members of the public to ignore the fake news,” he said.